The most popular plastic surgery in men 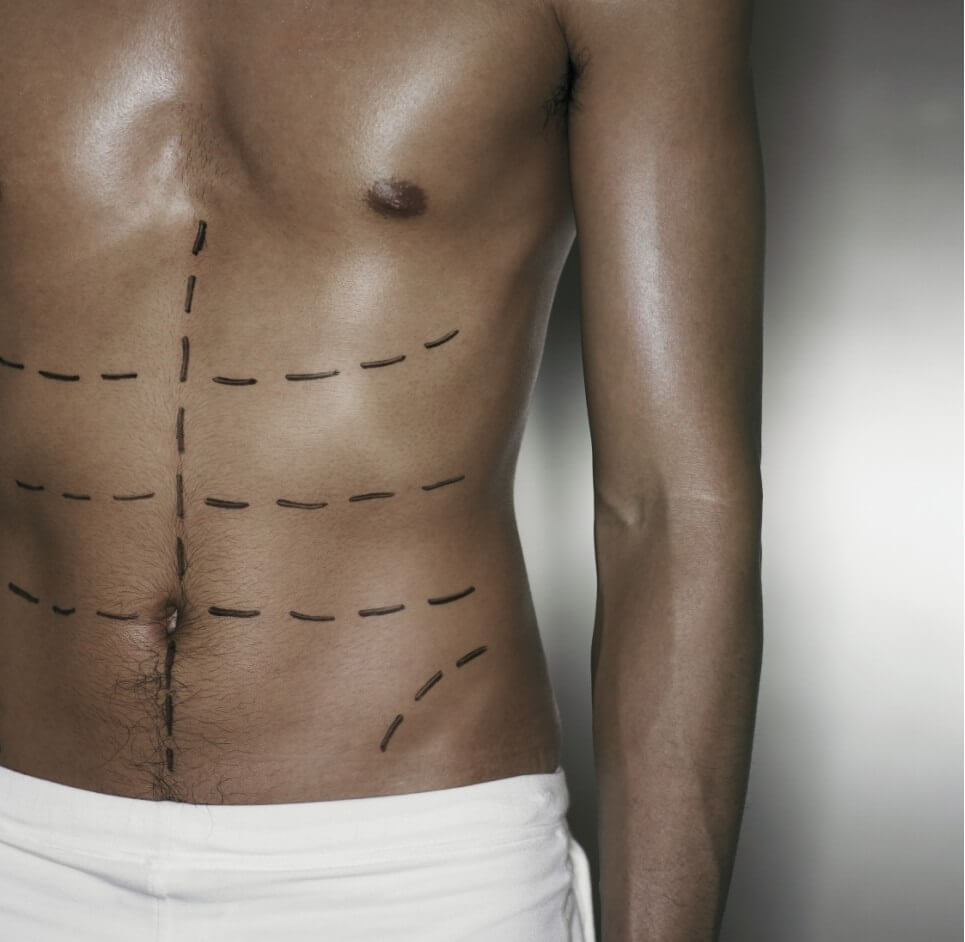 It is commonly believed that only women are interested in cosmetic procedures and plastic surgery, but this is far from being the case. Many men also keep a wary eye on their appearance, not hesitating to reach out to specialists for help. The number of men willing to correct esthetic defects of their body by way of surgical intervention is growing, but some operations are in great popularity.

Overgrowth of breast tissue, enlarged, pendulous breast, which reminds a woman's one, mostly disturbs obese men who abuse beer or lead unhealthy lifestyle. To correct this defect and reduce the breast removal of hyperplastic tissues and sometimes, at the wish of the client, inserting of a special implant and fixing it with sutures is made. It differs significantly from the female implant in its form and firmness.

A plastic surgery of this kind often becomes a matter not only of beauty, but also of health, because the breast tissue overgrowth could caused be hormonal changes leading to serious diseases. 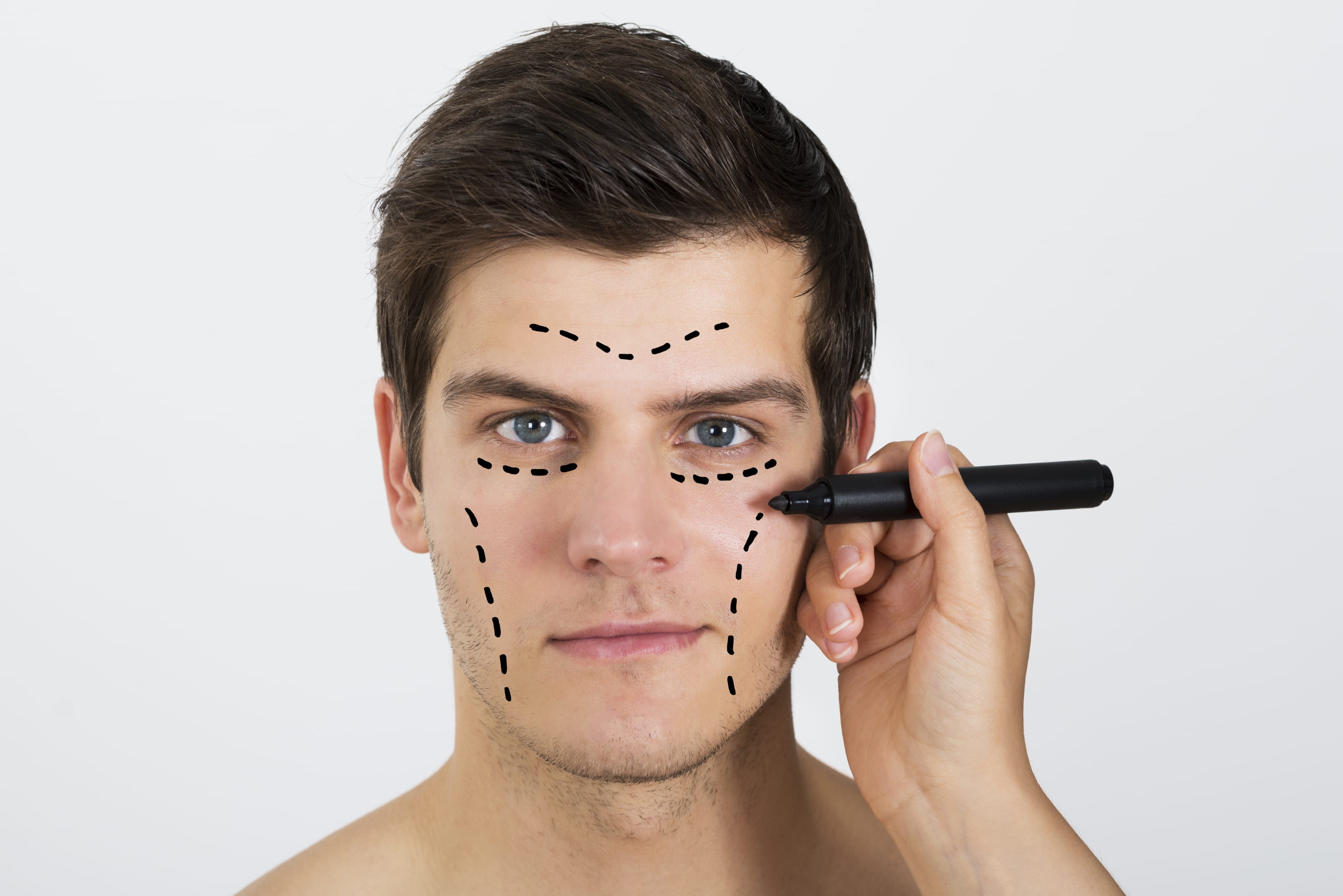 This procedure began to gain popularity relatively not long ago, for a long time remaining in demand only among women. A strong half of humanity, wiling to rejuvenate and get rid of wrinkles on face, has chosen injection in a facial room. The effect was so short that, in the end, many of them were bent on a circular face lift. This correction takes more time, but inversely to injections, does not require constant repetition. You can do it only once or repeat it when the need arises again.

The complexity of this operation is that, while doing a lift, you need to preserve the most natural appearance of the face. It is very important to leave the eyelid slightly lowered, otherwise, after healing, the eye will not close at all.

The rhinoplasty often becomes a necessary and urgent procedure for a man: extreme sport, dangerous work or a fight could cause serious injuries, the consequences of which can be corrected only surgically. In case of compound nose fractures the timely plastic is very important. It helps to avoid very serious consequences, such as problems with breathing. Of course, the rhinoplasty is also used for aesthetic purposes, for reduction of nose or correction of its shape.

This procedure is interesting in that it is carried out by two methods: after serious injuries and in case of deformations it is made on an open access (with the help of an incision on nasal bridge), and for those who wish to correct the appearance it is made on a closed access (manipulations are performed through incisions in nostril).

All these plastic operations are carried out daily and are made all over the world with great success. Chances are high that in a couple of decades they will become as popular as those that women prefer. One could regard it in different ways, but it must be acknowledged that the opportunity to prolong youth and preserve beauty equally deserve both men and women.

Author's master-class from Ilya Slyusarev on rhinoplasty
On June 10, 2017 was a grandiose meeting at the medical center LLC “Clinic of Plastic Cosmetic Surgery « under patronage of the Ukrainian Association of Plastic, Reconstructive and Aesthetic Surgeons (VAPRECH) - Ilya Slusarev's masterclass - aesthetic, functional closed rhinoplasty.. The event is really unique, because our colleagues, specialists in the field of plastic aesthetic surgery from all over Ukraine, from Kiev, Odessa, Lviv, Ivano-Frankivsk and Lutsk came to visit us.
Caring for an Implanted Breast
Modern plastic surgery fulfills people's dreams of a perfect body. Now it can help not only to get rid of various cosmetic defects, but also to give the desired outlines to the figure. For example, one of the most popular types of plastic surgery is mammoplasty. One step closer to the ideal figure Installation of the implants in the breast is the most effective method of breast enlargement currently.
Rehabilitation after plastics: what you need to know?
Plastic surgery makes it possible to get closer to the dream of the ideal appearance and a beautiful body. However, like any other procedures requiring surgical intervention, such operations may be accompanied by unpleasant symptoms. Rehabilitation after plastic: what do you need to know? The pattern of appearances varies depending on what type of operation was carried out and what part of the body was subject to correction.
Innovations in Plastic Surgery
Modern plastic surgery can be truly called a separate branch of medicine that helps to fight with various defects of appearance. Now it is real make a perfect figure, eliminate the signs of aging and return your body to its former beauty and youth without much effort! Cosmetic Surgery: Look into the Future This branch of medicine is very popular now.
History of Plastic Surgery
Modern plastic surgery makes it possible to get rid of all kinds of beauty defects, resulting in extraordinary popularity of this field in medicine. With the help of surgeons you can regain youth and beauty, give your body the right proportions and the attractive shape to the figure. History dating back to thousands of years Human pays a lot of attention to own appearance.
x
Make an appointment
You can fill in an advanced form