Plastic surgery of the frenum of the penis 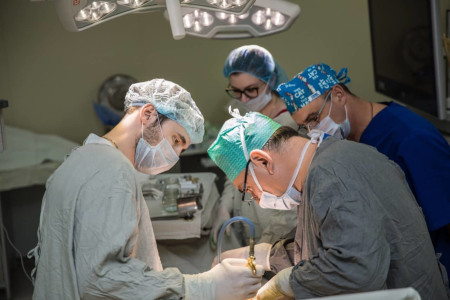 A full sexual life and psychological comfort for a man are impossible without properly functioning genitals. For example, a short frenulum, due to congenital or acquired factors, interferes with normal sexual activity and may even be the cause of psychogenic impotence. Plastic surgery frenulotomy effectively solves this problem. And for questions with the foreskin, circumcision is recommended - a simple procedure to remove it.

What is penile frenum plasty?

The frenulum is a fold of skin on the penis that serves as the connection between the head and foreskin. Its size determines the position of the penis in an erect state. At rest, she completely covers the head of the penis.

Approximately 15% of men have a short frenulum, which causes discomfort during coitus, leading to tearing or tearing. Causes of a shortened bridle:

The simple and safe plastic surgery frenulotomy increases the short length of the foreskin fold and eliminates the problem forever. At the same time, there is no damage and subsequent scarring of tissues, as with a natural rupture. Reviews of surgeons and patients indicate that the aesthetic component of the penis does not change. Affordable cost and easy rehabilitation are an additional plus.

Who is the operation indicated and contraindicated for? 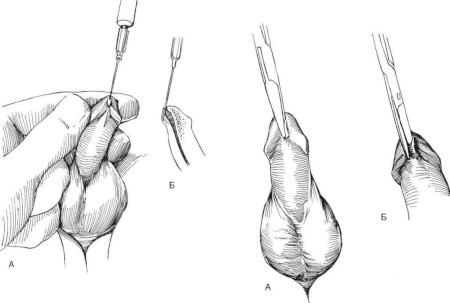 Plastic surgery is indicated for men with:

The following states are prohibited from performing the operation:

Only after a personal examination and medical examination, the surgeon of the clinic makes a decision and makes an appointment for the operation. How much does the manipulation cost, and what the price depends on - the doctor will also respond to consultations. The clinic accepts patients not only from Poltava, but also from Kiev, Kharkov and other cities of Ukraine.

Preparation and stages of frenulotomy

Experts recommend frenulotomy before force majeure in the form of a rupture. Since, in this case, infection and inflammation can be avoided. A week before the intervention, you need to stop anticoagulants, alcohol and smoking. On day "X" - conduct a thorough hygiene of the genitals and remove hair. The operation is performed under local anesthesia and lasts 15-30 minutes. 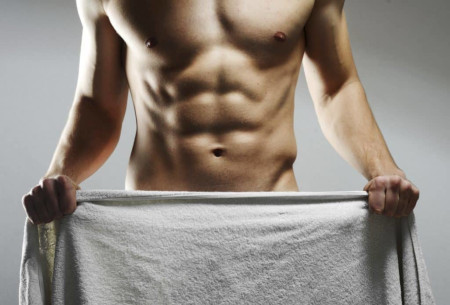 Surgical manipulation does not imply inpatient postoperative monitoring. Immediately after the procedure, the patient can go home.

Rehabilitation after the intervention usually proceeds smoothly. In 2-3 weeks, maximum a month, a complete recovery occurs. During this period, a scar is completely created, blood circulation in the head area is restored.

For the first 10 days, the man is advised to treat the area of ​​intervention with antibiotic drugs, which the doctor will prescribe. This is to avoid tissue infection. For a month, until absolute healing, you need to refrain from intimate life.

Thanks to the sparing volume of intervention, as evidenced by patient reviews, there are usually no complications. Except for the pain immediately after surgery and swelling, which quickly go away on their own.

How much does a frenulotomy cost in the Clinic for Plastic Cosmetic Surgery, you can find out on the website or by phone. And also make an appointment or consult on prices for other procedures for beauty and health. For example, the removal of warts and papillomas, which ensures the smoothness of the skin.

The cost of the bridle cutting operation is formed on an individual basis and takes into account the personal characteristics of the patient. So, if, in addition to undercutting, it is necessary to excise existing scars, then such an operation will cost more.

The specialists of the Clinic in Poltava are ready to provide services in the field of plastic surgery, beauty, youth and health to residents of Kiev, Kharkov and other cities. A sensitive attitude, doctors with golden hands, modern equipment and drugs, an adequate pricing policy - attract patients from all over the country!