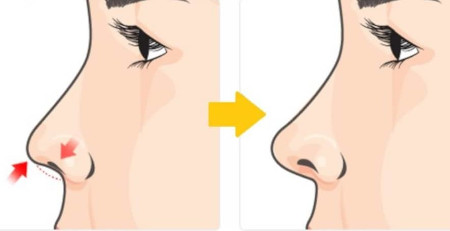 The harmony and attractiveness of a human face is largely dependent on the size and shape of the nose, which is its central element. Therefore, one of the most popular plastic surgeries is rhinoplasty - the correction of congenital or acquired nose defects. The shape of the nose largely depends on the columella, which is successfully corrected in our clinic in Poltava at an affordable cost.

What is columella rhinoplasty?

Columella (column, column) of the nose is a soft skin bridge between the nostrils. The nose looks aesthetically pleasing when it is below the levels of its wings. Columella also supports the tip of the nose and forms the lumen of the nostrils for natural breathing.

The small columella is enlarged by transplanting the patient's cartilage tissue by suturing the medial legs of the wing cartilage. And too overhanging is reduced by partial excision of nearby tissues. The operation can be performed in conjunction with the correction of the tip of the nose, which will give a more pronounced aesthetic effect. This is confirmed by the reviews of patients.

In what cases is surgery indicated and contraindicated? 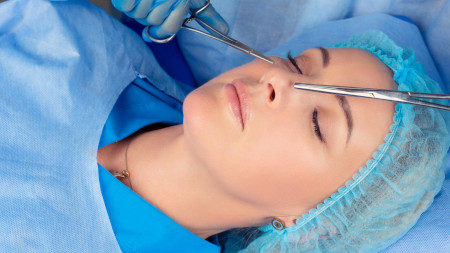 Of all the indications, only the last one is medical. The rest are made solely for aesthetic reasons.

When the operation cannot be performed:

The order of prices for the correction of columella or wings of the nose for patients from Kiev, Kharkov and other cities of Ukraine, you can find out at an in-person consultation with a doctor in the clinic. It also clarifies the answer to the question - how much does it cost to change the column in this case and the entry for the operation is carried out.

Preparatory measures and course of intervention

First, the patient must undergo a comprehensive examination (tests, CT, X-ray), consultations with specialists - dentist, ENT, therapist. Stop taking anticoagulants, do not drink, do not smoke.

The intervention lasts about 40 minutes, most often under general anesthesia:

The patient can spend the first day in a hospital. The final result will be noticeable in 2-3 months when the swelling subsides.

The first weeks after the operation, the swelling of the nasal region persists, sensitivity decreases, and bruises under the eyes may appear. After 2 weeks, the swelling is practically no longer visible, but it lasts the same amount. For a couple of months, the tip of the nose may swell.

Possible complications are hematomas, abscess, displacement of the tip of the nose. With strict adherence to the doctor's recommendations, they are minimized.

You can find out how much such an operation costs on the website of the Clinic for Plastic and Cosmetic Surgery, as well as read reviews about this and other procedures. For example, a good result with minimally invasive surgery is provided by nasal contouring at a fairly reasonable price.

You can make an appointment for a preliminary consultation by calling the clinic in Poltava. Our patients include not only Poltava residents, but also residents of Kiev, Kharkov and other settlements of Ukraine. Thanks to a professional team, medical innovations and modern equipment, patients always get the desired appearance!

Prices for rhinoplasty of the columella