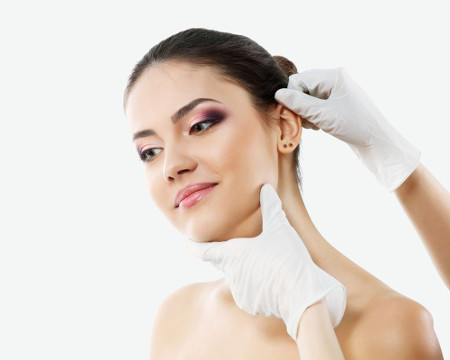 Beauty consists of a combination of subtle at first glance details. Neat ears are almost invisible and only emphasize the harmony of facial features. However, if they get any defect, even the perfect beauty loses its original charm. That is why plasty of the ear at an attractive price is always in demand among women and men of all ages, what is confirmed by thousands of user reviews.

Lobe - a lower fleshy part of the ears - is particularly vulnerable to age-related changes, it is prone to sagging and damaging, so it is necessary to adjust the shape and size often.

Plastic surgery used to restore or change the shape of the ears has several different grounds. Indications for surgical corrections of the lobes include the following:

Patients can see the difference before and after the manipulation right after the procedure completion.

In some cases, a procedure with an attractive cost may pose a risk to patient’s health. Otoplasty is forbidden in the following cases:

The procedure is performed the following way

Sewing of the lobe or introduction of the filler does not require a lot of time and complicated preparation. General recommendations include a medical examination and discussing the details of procedure with the surgeon.

In case of the lobe break the intervention takes from 15 minutes to an hour. If the excision of the skin is necessary, for example in case of suturing holes from the tunnels, the procedure lasts about 1 hour. The manipulations duration is the same when changing the shape of the ear.

The incisions are sutured with neatly inconspicuous stitches, which are removed a week later. The top of the wound surface is protected with the medical tape. A thin scar is left at the seam area that becomes almost unnoticeable with time. 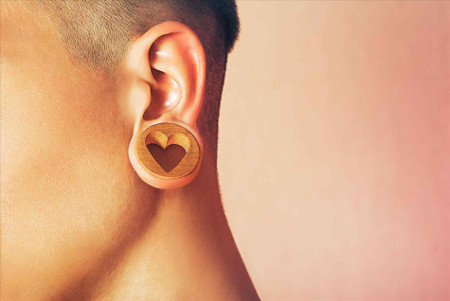 In order to achieve successful recovery and avoid complications during the rehabilitation, it is necessary to follow simple medical advices:

Swelling and bruising present at the site of plasty will disappear within a few days. At this time, you may need analgesics and antibiotics.

You may find out how much it costs to fix the shape of the lobes in "Clinic of Plastic and Cosmetic Surgery" in Poltava in the "Our Prices" section or by phone. Effectiveness of the procedure is confirmed not only by the responses of our patients, but by their post-operative photos as well. Having decided to resort to the help of experts, after a few weeks you will be able to admire your beautiful ears in the mirror.

Feedback from our patients about the service of earlobe plasty

Good morning! It took 5 days after surgery. Ears just super. 👍 Yes, a little puffy ear where there was a hole. And so .. I do not like it simply. 😉 Lesya Fedorovna, give Ilya Yuryevich a huge thank you from me. I just adore him !!! 🤗