Features of the removal of wen on the head

Often a small neoplasm pops up on the head, which makes me pretty nervous. It is called a wen, and often it is not dangerous to health. The neoplasm got its name because it consists solely of adipose tissue. Calling him a wen is wrong. In medical terminology, this formation is called a lipoma. Rarely can it carry a real threat, often it is only an unpleasant defect. Initially, the formation forms under the skin, after some time popping up on any part of the body. A neoplasm can reach from 0.5 to 20 centimeters. So what is a lipoma and how to treat it?

If you need to get advice about the occurrence of a tumor on the head, contact the plastic surgery clinic. Here, the patient will be examined by one of the best doctors and advised about the removal of lipomas.

When the wen on the head must be removed

The reasons for the appearance of wen on the head and other parts of the body are not exactly known. The basic theory lies precisely in the patient's genetic predisposition to the occurrence of a wen. It has already been proven that if the parents had a wen on any part of the body, then the chances are high that in children it will jump out after some time.

It is believed that the tumor pops up in violation of fat metabolism. Over time, lipoproteins begin to collect in one place, forming fatty tissues, divided into several lobules. Thus, a lipoma forms under the skin, and then begins to grow.

The last of the theories explains the appearance of formation due to clogging of the sebaceous glands. It is believed that the accumulated fat cannot go outside. The duct becomes clogged and a tumor appears. However, when should it be removed?

Since adipose tissue most often begins to grow over time, the size can increase. If you do nothing with this, at one point the neoplasm begins to exert pressure on the nearby tissues and nerve endings. This behavior causes constant pain in the head, which is the main indication for the removal of subcutaneous fat formation. Also, many want to get rid of wen because of its unattractive appearance.

If a lipoma appears, it is necessary to be examined. At first glance, a benign neoplasm can be malignant.

The reasons are different, but it is better to contact a qualified professional before uninstalling. The doctor will conduct the necessary studies and say whether the tumor can be removed or is it better to treat it.

Diagnosis is as follows: 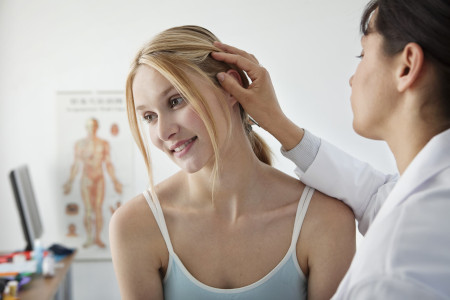 Often, fat deposits are simply punctured and they look at what kind of fluid it secretes (a sticky mass of a yellowish tint). If the tumor has already grown, it can not be pierced. In this case, an ultrasound is done. After studying, a decision is made regarding treatment and removal.

How to remove a wen on the head?

Modern surgery allows you to remove the lipoma by surgical method. The formation is removed with a scalpel under the influence of anesthesia. Very often, surgeons use a device such as an electric knife. Anesthesia is selected, given the size of the neoplasm. If the tumor has not yet had time to grow, local anesthesia is used for the operation.

The formation is removed by dissecting the skin above it. Fat tissue is removed from the incision along with the capsule. After surgery, the incision site is sutured and carefully processed. If the neoplasm at the time of surgery was large, then a drainage tube is used. The purpose of installing a drainage tube is to help remove any fluid or blood that collects in the wounds and causes complications.

The duration of the operation varies from 40 minutes to an hour.

There are the following contraindications to the removal of lipomas on the head:

In the presence of one of the above contraindications, it is better to refrain from removal by the surgical method. Be sure to consult your doctor if it is possible to remove the lipoma in the future or how to cure it without surgical intervention. In most cases, if the wen cannot be cut, the doctor will prescribe other methods of treatment.

Rehabilitation after removal of the wen on the head

Before deciding on removal in an operational way, carefully select the clinic and surgeon who will perform the removal. Since if the tumor is not completely removed during surgical treatment, this can lead to certain complications. For example, at the site of the operation, after a while, a benign tumor will appear again. If a non-qualified doctor incorrectly connects the edges of the wound, then in the end it will disperse. Only highly qualified specialists work in our clinic, turning to them, the patient can be sure of the professionalism of the attending physician and the effectiveness of his work.

After removing the wen on the head, the patient must strictly follow all the recommendations of his doctor. Since very often at the operation site, if you do not follow it, complications such as edema, hematoma or scars can occur.

After the operation, you should fully obey your doctor. Only he can prescribe you a rehabilitation course.

Turning to the clinic of plastic surgery, the patient undergoes a complete diagnosis of the wen. After the surgery, the wound will be treated and a consultation will be given on further actions.

Tags: Rehabilitation after plastic surgery, Removal of skin neoplasms
Sign up for a consultation
Get personalized doctor recommendations!

How to remove fillers from the face?
This topic is quite scrupulous. Indeed, very often people visiting cosmetologists come precisely because of the removal of fillers with hyaluronic acid. They come to this decision for various reasons. Someone does not like the result of the work of a cosmetologist. Someone experiences inconvenience after the introduction of the filler (most often due to an unsuccessful facial contour correction procedure). In the third case, the cause of this problem is unaesthetic.
3D face modeling: how to make a “thin face” fillers
Appearing recently on the cosmetic market, fillers cardinally turned over the beauty industry. Slightly large, convex lips, delicate skin without wrinkles and its even tone are only part of the results that can be achieved with injections. Surely you have repeatedly noticed how a person can change in one day. We are talking about the effect that is achieved thanks to the popular procedure - 3D face modeling.
TOP 5 signs of aging and how to deal with them
Every girl wants to always look irresistible. However, what if the body begins to show the first signs of the aging process over time? Are there any effective methods to maintain your beauty? Can one always stay fit and young? The Clinic of Plastic Surgery provides services that will help preserve beauty for a long time. Anti-aging treatments will help keep your face toned. In this article, we will look at the top 5 signs of aging.
Breasts of different sizes: causes and can this be fixed?
Female breasts are a symbol of beauty. Since ancient times, fertility and happy motherhood have been associated with this part of the body. The rounds attract the eyes of men and make the figure feminine and sexy. And that is why not only the shape, but also the size of the mammary glands are important for each representative of the beautiful half of humanity.
Why and when do medical photos
Medical photographs are not just pictures. Made before the manipulations, as well as during the surgical intervention and after the completion of the recovery process, they are considered documents that help resolve all conflict situations between the patient, the doctor and the clinic. Why and when do medical photos Medical photography is one of the easiest ways to fix the appearance of a patient who has sought medical attention from a surgeon.
x
Make an appointment
You can fill in an advanced form