Aspects of rehabilitation after otoplasty 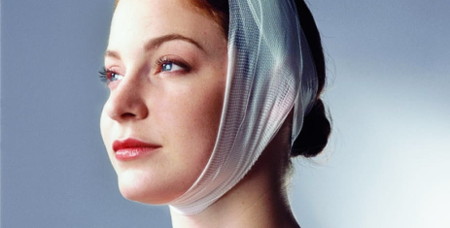 The lack of self-trust and complexes often begin with an unattractive appearance. Modern plasty allows you to change the natural forms for the better. For example, you can make the contour of the face clearer with the help of the suture lifting or you can remove the everted ears with the help of otoplasty as well as you can add harmony to the face by changing the shape of the ear lobe. 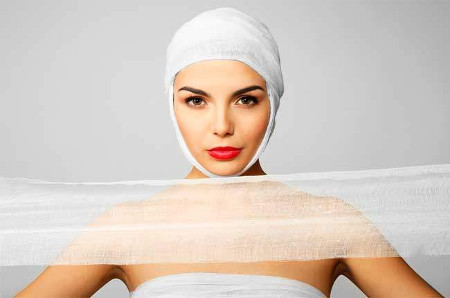 An important aspect of otoplasty is the observance of the postoperative regimen. During this period, much depends on the discipline of the patient, who should fulfill all the appointments of the observing specialist. Before the operation it is necessary to learn about all the pitfalls that can spoil the aesthetic effect.

Stay in the clinic after correction of the ears' shape

In case of the perfect health, the patient can leave the clinic after 1-2 hours. At the request or recommendation of the surgeon it is possible to stay in the hospital for the first day - it may be performed in order to observe and receive recommendations for the rehabilitation period.

Protection of the ears from injuries and traumas

The final stage of otoplasty is the application of a fixative bandage. It retains a layer of cotton wool soaked in mineral oil to eliminate swelling more quickly. And the main function of the bandage is to press the ears in their new position and protect them from mechanical injuries. A plaster is being applied onto the seam, which protects it from possible contaminants. The final stage of plasty is application of the tennis elastic band or kerchief. It is necessary to wear a fixative bandage from a week to two weeks.

A day after the plastic surgery, the first bandaging is performed. The patient also receives recommendations for taking medications for an accelerated healing process. The procedure is repeated in 3-4 days. After the postoperative week, the patient visits the clinic to remove and inspect the sutures.

When will the result of the ears' plasty be visible? 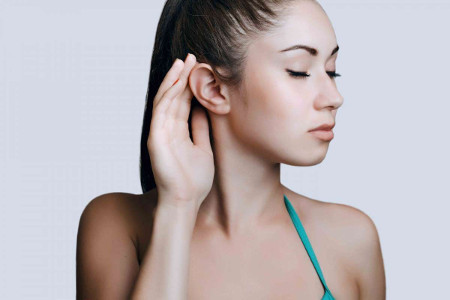 A noticeable result appears immediately after the completion of otoplasty. However, there is a process of active healing during the first week, which is accompanied by swelling of the tissues. That means that there are bruises, redness and swelling in the operated area, which makes the contour blurred. A more accurate form appears after 2 weeks on average. And the final result is obtained not earlier than two months later.

What affects the result of otoplasty?

The final result is influenced by many factors, for example, it is the compliance with the regime during rehabilitation. For example:

If the patient adheres to all rules of the postoperative period, then the effect will be the most aesthetic one, and there will be no traces of the sutures. In case of violation of discipline, there may be ruptures as well as appearance of visible scars or deformation of the cartilaginous tissue or skin are possible. In order to avoid repeated correction, we recommend that you follow all the surgeon's prescriptions.

Tags: Rehabilitation after plastic surgery, Ear surgery
Sign up for a consultation
Get personalized doctor recommendations!

Otoplasty: which person of the top-liners did the plasty of the ears?
Glossy magazines, movies and video broadcasts demonstrate the most beautiful persons of this world every day. A lot of top-liners of show business, actors, actresses and other artists become icons for imitation. And all of this is because their appearance includes proportional features and symmetry. But not all celebrities have an ideal outlook since birth.
Ear surgery: 5 issues of concern that are actual before the operation
Otoplasty is one of the simplest and most common types of plastic surgery. The result of this operation is the correction of the auricle that is performed in order to correct the anatomical shape of the ear or to eliminate the consequences of trauma.
Cold during rehabilitation after rhinoplasty
Today it is easy to increase the level of self-esteem, get a more attractive face or eliminate visual defects - it is enough to change the shape of the nose surgically. One of the most popular types of plastic surgery is rhinoplasty. For example, the removal of a crook in the nose may be performed or a form of the tip of the nose may be corrected. Elimination of defects can be complemented with injections of hyaluronic acid. The successful outcome of a plastic surgery depends on many factors.
Recovery after rhinoplasty - cans and cannots
A successful result of rhinoplasty is only possible if the patient complies with the strict rules of the rehabilitation period. Discipline and exact adherence to the recommendations of a plastic surgeon will help to create the form of the nose that you dreamed about. What does the process of recovery depend on? We draw your attention to the fact that the regime for the postoperative period is determined individually - as well as the surgical procedure.
Breast plastic surgery: what do you need to know before surgery?
Before deciding on a plastic surgery, it is worthwhile to weigh all the pros and cons of it. As the Latin wisdom says: "Forewarned is forearmed". In the modern information world, are surgeons who warn. After all, there is absolutely no sense in hiding possible postoperative problems. Therefore, the staff of the clinic conducts a very detailed consultation and highlights the details of the operation of increasing or lifting of the breast in the Internet.
x
Make an appointment
You can fill in an advanced form