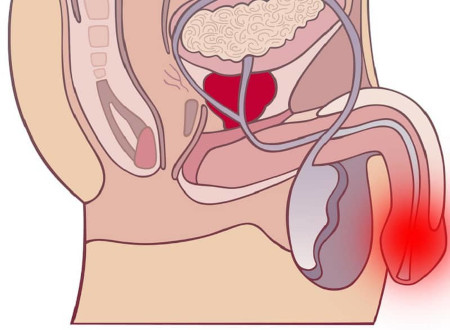 Phimosis and a shortened frenulum of the penis are two unpleasant and even dangerous conditions that many men can face. Despite the fact that both conditions are quite simple to diagnose, patients usually come to the urologist either in severe stages of the course of the disease, or with extremely severe pain.

Meanwhile, surgical treatment of both phimosis and short frenum of the penis is a rather long and safe procedure, after which the quality of life of patients is significantly improved.

Phimosis is characterized by incomplete or completely absent disclosure of the glans penis. In this case, the foreskin is narrowed and not elastic enough. This condition is often common in newborn boys, and as they grow older, this problem disappears in 90% of children. If incomplete disclosure persists until puberty, consultation with a urologist and further surgical intervention for circumcision of the foreskin is necessary.

When is it diagnosed and why does phimosis appear?

One of the common causes of phimosis is hereditary elastin deficiency, which causes the foreskin to lack elasticity. In addition, various inflammatory diseases in the head region, which are characterized by scarring, contribute to the development of phimosis.

During puberty, there may be a discrepancy between the size of the penis and the foreskin, which, for one of the above reasons, cannot stretch sufficiently.

That is why it is important to diagnose phimosis in time and refuse self-medication.

The main symptoms of penile phimosis

The main symptom of this condition is characteristic already in boys of early school age: the impossibility of full disclosure of the head of the penis. This symptom is joined by pain during urination, and later - during erection and during intercourse.

In addition, in some cases, it is possible not only soreness during urine excretion, but also the scarcity of its excretion. This is due to the fact that the foreskin in this state can grow together with the tissues around the urethra, thereby preventing the free passage of urine.

What complications can arise due to phimosis?

Complications resulting from advanced phimosis can be of varying severity. Among them:

These complications become not only the cause of serious psycho-emotional problems in men, but also can lead to health-threatening problems.

Treatment of phimosis of the penis

In view of the danger of developing serious complications that directly affect the quality of life of a man, as well as his state of health, in the presence of symptoms of phimosis, prompt surgical treatment is indicated.

The operation to remove the foreskin is called circumcision or circumcision. Depending on the stage of the disease, expressed by the severity of its course, complete or incomplete removal of the foreskin is possible, as well as excision of necrotic tissues at the most advanced stage with further reconstructive surgery. Circumcision in most cases does not leave noticeable scars, and the penis does not lose sensitivity after this operation.

Circumcision is also often performed for purely cosmetic purposes, which also helps to improve the patient's quality of life and improve his psycho-emotional state.

What is characteristic of a short frenum of the penis? 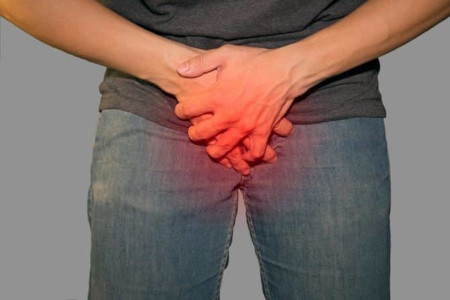 The short frenulum of the penis is characterized by painful tension during intercourse and in general during erection, as well as deformation of the shape of the penis. In this condition, the penis can painfully bend towards the scrotum, which complicates not only sexual activity, but also urination.

As a result, sexual dysfunction and subsequent psychological problems develop. In addition, the short bridle can stretch and tear, which is not only extremely painful, but also dangerous due to the possibility of infection.

After the rupture, the defect is not eliminated, but on the contrary, it increases: an adhesion process is formed, as a result of which the bridle contracts even more. Hence follows further depression of erectile function and problems in sexual activity.

Frenulotomy as a way to lengthen the frenum

An operation to lengthen the frenum is called a frenulotomy. This intervention lasts no longer than half an hour and is performed under local anesthesia.

If the patient's condition allows and the bridle was not torn before the operation, the doctor cuts it across, distributes the skin and longitudinally sutures from self-absorbing polymer threads.

In a situation where there is already a history of rupture of the frenum, the doctor performs a frenulotomy with a Z-shaped incision, which loosens the tension of the soft tissues.

At the end of the operation, cosmetic sutures are applied, which are minimally visible after healing.

Immediately after the operation, the patient may feel slight weakness and even mild nausea. This is a normal postoperative condition associated with the body's response to surgery. In this case, it is recommended to restore the balance of electrolytes and glucose in the body by drinking water, sweet tea and eating some sweet and high-calorie foods.

After the operation, the patient is monitored for a short time in a hospital setting, after which he receives further recommendations from the urological surgeon and is discharged. These recommendations include:

Strict adherence to all the recommendations of the surgeon after surgery for plastic surgery of the frenum will allow you to avoid complications and heal the postoperative wound as quickly as possible.

Myths and truths about SMAS lifting
Modern hardware cosmetology in terms of its effectiveness is on a par with surgical methods of face lifting. SMAS lifting is considered the most advanced non-invasive procedure, which shows results typical of surgical methods of lifting. The essence of this procedure is to stimulate the production of collagen and elastin in the SMAS layer of the skin. The SMAS layer can be thought of as the connective tissue framework of the skin, consisting of intertwining collagen and elastin fibers.
Common myths about "beauty injections" in the forehead
A woman is made for beauty. And innovations in aesthetic cosmetology and medicine make it possible for the fair sex to preserve youth and charm for as long as possible. One of the most popular and effective methods is “beauty injections”. It is a general term for injection techniques that are targeted at rejuvenating the skin. However, the more these miraculous procedures become popular, the more speculation and myths are overgrown.
Is it possible to lower the hairline
A high forehead has always been considered a hallmark of aristocrats and a sign of significant mental ability. However, to some of the fair sex, such a feature of appearance seems ugly, rough and violates the proportional harmony of the face. In this case, little tricks come to the rescue, such as a suitable haircut or makeup, to smooth out the flaw.
How to reduce lips: makeup and plastics
Luscious, plump lips are a modern beauty trend. However, there are always people, more often, the fair sex, who want not to enlarge, but, on the contrary, to reduce their lips. This desire can be caused by a naturally disproportionately large mouth, which causes psychological discomfort. And also, unsuccessful contour plastics, which changed the girl's lips not for the better.
How to get rid of dark circles under the eyes
Swelling, bags, dark circles under the eyes are associated in most people with overwork and lack of sleep. They add age, give a haggard and tortured look to the face. However, these signs can signal more serious diseases. Regardless of the cause of the occurrence, many women dream of removing them, if not forever, then for a long time. To do this, you can use makeup, competent care, beauty injections, and best of all - to establish a daily routine and lead a healthy lifestyle.
x
Make an appointment
You can fill in an advanced form