Fibrosis due to the administration of hyaluronic acid 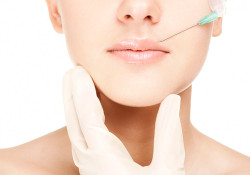 Fibrosis or the formation of small scleroses in the lips tissues is one of the types of complications after hyaluronic acid injections. In some cases, this phenomenon can have temporary nature and be related only to the peculiar properties of the drug or organism, but sometimes it can be the result of the wrong surgery. Let's consider what the fibrosis is, consider the causes of its appearance and methods for symptoms control.

What does a fibrosis mean?

This type of complications is revealed in lips tissues concretion, which is manifested after contour plastic surgery and does not disappear for a month. Over time, lip concretions start reabsorbing, which makes them noticeable not only by palpation, but also visually discernible. The symptom is the result of chronic inflammation. Indurated balls consist of a proliferous connective tissue with cicatrization signs. As a result of inflammatory processes in tissues for a long time, the body canalizes its energies to isolate the inflamed area from the systemic blood flow. In other words there is the body's own tissues rejection, precipitated by the incorrect administration of hyaluronic acid.

The causes of fibrosis after injections of hyaluronic acid

For a start, let's consider the symptoms that can be confused with the lip fibrosis signs, but they are not the same, and represent the natural processes in the tissues after the surgical procedure.

If you can palpate gel clusters that do not appear on the panniculus, this points to the correct administration of the drug. Do not worry about this symptom, after some time the filler will be distributed on its own.

Indurations can be observed for several hours after the procedure. For their elimination, a special massage is prescribed, which will provide the correct distribution of the drug. 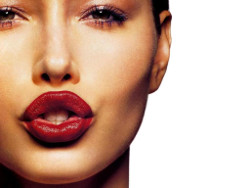 If over the visual inspection you can note the remedy aggregates under the skin, significant asymmetry or deformation of certain areas, it can become a reason for reference to the doctor.

Next let's consider the causes of the aggregates appearance, which occur in case of wrong surgery procedure:

Insufficient depth of injection with hyaluronic acid. The drug can be injected too close to the surface, or its dose may be incorrectly calculated. Visually manifested as cavities in the tissues of the lips, filled with fluid;

Infection of the injection site. Microorganisms could penetrate into tissues through a puncture after injection, or their appearance can be the result of the injected agent rejection by the body. It is appeared in the form of solid-state induration; there are signs of redness and the temperature rise of the affected area;

The effect of hyaluronic acid on the fibroblasts production. This is one of the side effects of this type of filler. Fibroblasts stimulate the active growth of connective tissues with the cicatrization.

Let's consider the technologies which will allow to get rid of the negative results of contour plastic surgery.

The administration of drugs destroying the filler

Injection of hyaluronidase allows removing from the tissues the drug administered earlier. It will allow preventing further growth of inspissations. Also the administration of filler destroying drugs is prescribed to remove the excessively injected gel, replace the agent injected too superficially, and remove the agent that compresses the blood vessels.

For elimination of the symptoms, hormones which promote a resorption of the formed cicatrixes should be injected. It is also prescribed in case of gel rejection by the patient's immune system. The preparation is administered directly into the induration area. But this method has one side effect, which is expressed in the formation of retracted cicatrixes on the skin.

In case if it is impossible to remove fibrosis by injection of dispersion drugs, resort to surgical excision. The nodosities are removed through small incisions from the inside of the lips, and this allows to avoid unaesthetical cicatrices.

In order to avoid such negative aspects, it is worthwhile trusting the contour plastic surgery to experienced specialists and to observe with all the recommendations for care. In case of revealing any negative reactions, it is necessary to see a doctor immediately.

Ways to combat swelling after rhinoplasty
All patients after their rhinoplasties face edemas. Because the skin tissues detachment is carried out, the blood vessels become damaged, that leads to disturbed circulation and temporary disturbed efflux of fluid from the soft tissues. As a result, there is edema in the nose bridge and lateral nasal walls. This phenomenon is a natural reaction of the body, which is not a complicating disorder.
The most unusual plastic surgery
The beauty industry, like any other, is adapted to the needs of consumer. Every day new collections of clothes, unusual kinds of cosmetic procedures and care products appear. As for plastic surgery, here wishes of some customer surprise even experienced doctors. Among Japanese, the famous lovers of all unusual, who believe in chiromancy, the surgical correction of lines on a palm is in demand.
The specifics of intimate plastics
Plastic surgery among women is of frequent occurrence so few are surprised. Many women at least once thought about breast enlargement, reduction of hips or nose. Of course, not everyone is willing to visit a doctor, but, from year to year, more and more women make a decision to carry out various correction procedures. Surgeons of plastic surgery clinics offer correction of almost any defects of various parts of body.
Obesity and liposuction
Overweight and obesity is one of the most dangerous and common problems of the current generation. They lead to diabetes, failure of internal organs and many other medical problems that significantly shorten the life time. There are many methods to deal with excessive kilograms, but almost all of them require considerable effort to achieve results. Unfortunately, most people with excessive weight do not want to go the hard way and choose questionable procedures and food supplements.
Plastic surgery in summer
Almost everyone who decided to make plastic surgery, especially those who face it for the first time immediately begin to ask a lot of questions. Because there are so many myths associated with the process itself and with its consequences. It is very difficult to distinguish fact from fiction for a person who is far from all this. Perhaps, one of the most common myths is associated with rationality of surgical intervention in summer.
x
Make an appointment
You can fill in an advanced form