Ways to combat swelling after rhinoplasty 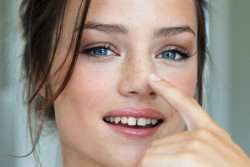 All patients after their rhinoplasties face edemas. Because the skin tissues detachment is carried out, the blood vessels become damaged, that leads to disturbed circulation and temporary disturbed efflux of fluid from the soft tissues. As a result, there is edema in the nose bridge and lateral nasal walls. This phenomenon is a natural reaction of the body, which is not a complicating disorder. The symptom secedes with time, but there are agents which will allow taking out swelling quicker after a rhinoplasty.

How long does the edema last after rhinoplasty

The nature of the nose edema after rhinoplasty can be divided into several types: primary, secondary, residual. For each of types there is a certain cause, intensity and duration of the course.

Primary type is shown at the initial stages of the surgery. The surgeon needs to dissect soft tissues in order to get access the osteocartilaginous tissues. As a result of damage of vessels, the liquid starts accumulating in the slabs of tissues. To minimize the symptom, right after the surgical interference, the surgeon applies a plaster bandage and inserts gauze tampons into the patient's nostrils. The patient should be with a plaster cast within 7 days, and then the plaster cast should be discarded.

Secondary edema is much less prominent than the primary one. The dorsum of nose extends and tissue is tightened on the nose tip. At this time there may be difficulty in breathing, because the sinuses are still stuffed up. The duration of the period of secondary swelling is 1-1.5 months.

The residual symptom is almost not visually expressed and is shown only as the nose dorsum tissues concretion. The elimination of this symptom may take about one year. This is what requires a complete recovery of blood vessels.

Let's consider several methods which will allow reducing swelling. It is worth noting that the listed methods should be used with the doctor prescription only.

It allows to temporarily suscitate the efflux of fluid and blood from the operated area. For compress use a napkin soaked in cold water, or ice cubes, put in a plastic bag and wrapped with gauze or a towel. It is very important to use compresses not on the operated area, but near it. Apply them on the eye area, forehead or lips. 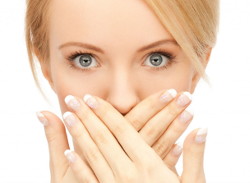 Use special applicators impregnated with Troxevasin ointment or other decongestants. This technique is indicated for reduction the signs of secondary edema. The applicator allows you to apply the agent in doses, without pressing the damaged tissues.

Plant-extracted medications contribute to the normalization of blood circulation. Please note that they should be applied only by the doctor's prescription.

Bromelain is the pineapple-extracted anti-inflammatory agent. It can be prescribed before surgery as a preventative medication.

Dimexidum is the potent anaesthetic and anti-inflammatory agent. It is for outward application.

The microcurrents, ultrasound or magnetic field influence can permanently eliminate the swelling appearance. Their use promotes the normalization of blood circulation and the activation of metabolic processes.

The adherence of all the medical advices will allow you to get the desired result after the rhinoplasty and will allow significantly reduce the symptoms during the rehabilitation period.

Tags: Plastic nose
Sign up for a consultation
Get personalized doctor recommendations!

The most unusual plastic surgery
The beauty industry, like any other, is adapted to the needs of consumer. Every day new collections of clothes, unusual kinds of cosmetic procedures and care products appear. As for plastic surgery, here wishes of some customer surprise even experienced doctors. Among Japanese, the famous lovers of all unusual, who believe in chiromancy, the surgical correction of lines on a palm is in demand.
The specifics of intimate plastics
Plastic surgery among women is of frequent occurrence so few are surprised. Many women at least once thought about breast enlargement, reduction of hips or nose. Of course, not everyone is willing to visit a doctor, but, from year to year, more and more women make a decision to carry out various correction procedures. Surgeons of plastic surgery clinics offer correction of almost any defects of various parts of body.
Obesity and liposuction
Overweight and obesity is one of the most dangerous and common problems of the current generation. They lead to diabetes, failure of internal organs and many other medical problems that significantly shorten the life time. There are many methods to deal with excessive kilograms, but almost all of them require considerable effort to achieve results. Unfortunately, most people with excessive weight do not want to go the hard way and choose questionable procedures and food supplements.
Plastic surgery in summer
Almost everyone who decided to make plastic surgery, especially those who face it for the first time immediately begin to ask a lot of questions. Because there are so many myths associated with the process itself and with its consequences. It is very difficult to distinguish fact from fiction for a person who is far from all this. Perhaps, one of the most common myths is associated with rationality of surgical intervention in summer.
History and Methods of Rhinoplasty
Rhinoplasty is one of the most demanded plastic operations, because most people who seek help in specialized clinics are dissatisfied with their nose in particular. Someone thinks that it is disproportionally big, someone dissatisfied with its shape or with a definite part, such as nostrils, nose tip, crook in the nose. Among those who want to use this procedure are not only people who try to change their appearance.
x
Make an appointment
You can fill in an advanced form