Removal of papillomas at home is the danger 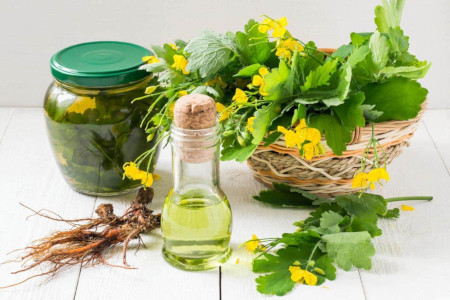 Smooth skin is one of the main signs of beauty and health. But sometimes her perfect appearance can spoil the papillomas, also known as warts. Benign neoplasms do not cause significant harm to the body, but can cause dissatisfaction with their appearance, the appearance of complexes, a drop in self-esteem. In addition, in some cases, a small tumor on the skin can degenerate into a malignant one and pose a threat to human life.

Occurrence of warts on the skin and mucous membranes or papillomatosis is associated with the entry of human papillomavirus (HPV) into the body. Under normal health conditions, the body is able to restrain the virus without any consequences for itself. But amid stress and a drop in immunity, a viral infection leads to an increase in skin tumors all over the body: from the eyelids or lips to the feet.

Papillomavirus enters a weakened body through the skin, mucous membranes or blood:

In addition to the transmission of the virus from person to person, self-infection is also possible when performing hygienic procedures (shaving, washing), permanent skin damage by clothing. In addition, warts are easily transferred from one part of the body to another through touch.

Ordinary papillomas do not threaten health, although they look unattractive. Another thing is condyloma, also caused by HPV. They are distinguished by their large size, reddish color and high risk of transformation into a malignant form.

Faced with warts, most people are not in a hurry to see a doctor, but they are trying to carry out an independent removal of a neoplasm, using recipes from alternative medicine. The main components of folk remedies used to eliminate papillomas are: 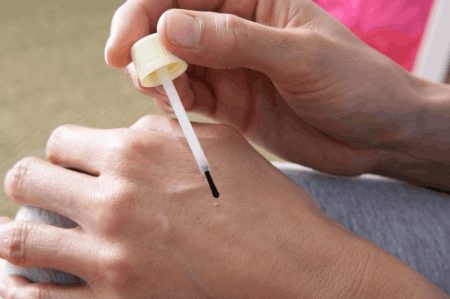 The name celandine received for good reason. The plant is able to deal with many skin diseases, including neoplasms. But the juice of celandine contains quite aggressive substances that can damage the skin and lead to severe burns and allergies. The use of any plant-based products to remove moles, warts, or other neoplasms should be coordinated with the attending physician.

There are other agents with a similar action based on acids or alkalis. They affect the skin much more actively than celandine, and therefore can lead to its further scarring.

Careless use of vinegar or vinegar essence as a way to combat papillomas can also result in damage to the skin, burns and scars.

Garlic gruel is also often used to remove papillomas. Despite the less traumatic effects on the skin, compresses and lotions with this vegetable can also cause burns.

Among the popular means to combat HPV, potatoes are popular. This root crop does not harm the skin, but does not bring any benefit.

Another method of treatment of skin tumors, serving as an alternative to surgical intervention, includes bandaging the papilloma stem with a silk thread. Affordable and simple procedure is used to remove warts quite often. But in order to be sure of its harmlessness, it is necessary to conduct an examination of skin formations for malignancy.

Among other popular folk ways of dealing with warts are:

In many cases, alternative medicine does not have the desired effect, while leading to health problems until the transformation of benign skin tumors into malignant ones.

The danger of removing papillomas at home

Papillomas consist of external and intracutaneous parts, therefore their elimination by home techniques is ineffective. Folk methods allow you to remove the upper part of the tumor, but the leg remains inside the skin and continues to grow.

It is also impossible to find out the type of skin tumor, its benignity or malignancy at home. But even if the wart proves to be benign, with a non-professional removal, a new one will grow in its place. External exposure not only enhances the growth of papillomas, but also significantly increases the risk of developing an inflammatory process or an infectious disease. The most effective in the treatment of skin tumors is the use of surgical methods to completely remove them with the leg.

And the best way of self-control papillomavirus is correct prevention, including:

Try not to touch public goods in public places, and also do not share personal hygiene products.

Doctors of the Clinic of Plastic and Cosmetic Surgery in Poltava will quickly and painlessly remove skin tumors by surgery or prescribe the appropriate drug treatment to eliminate the aesthetic defect so that your skin will once again be radiant with health!

Tags: Removal of skin neoplasms
Sign up for a consultation
Get personalized doctor recommendations!

Wen: truth, myths and where it comes from
A small mobile education under the skin rarely causes serious health concerns, but delivers tangible emotional discomfort. Despite seeming harmlessness, in some cases, a small wen can be a real problem. Whether it is necessary to let everything take its course or immediately get rid of the hated lipoma, the specialists of the Plastic and Cosmetic Surgery center in Poltava know. What is a wen? Lipoma is a benign neoplasm growing from adipose tissue, for which it received the name "wen.
5 myths about removing lumps of Bish
The pronounced cheekbones and sunken cheeks are the dream of many women. But often girls can not get rid of unpleasant roundness in the middle of the face, no matter how hard they try. Even painting a facelift will not give the desired effect if you don’t get rid of voluminous accumulations of fat in the buccal area — Bisha’s lumps. Many celebrities went through an operation to get rid of fat bodies in the cheeks.
How to grow holes in your ears?
Wearing earrings is quite usual for most girls. Many girls have ears pierced in early childhood, and since then they have not parted with fashion accessories. But heavy earrings can lead to a stretching of the earlobe and an increase in the hole in it, which can no longer grow independently. What to do to overgrow holes in the ears? If you prefer ordinary earrings, then the hole from them will be tightened when you stop wearing the accessory.
Thread Lifting: Truth and Myth
To preserve beauty and youth, women are ready for any tricks. But if some methods of rejuvenation have long been tested and do not cause patients to fear, others are overgrown with a web of myths. One of the newest procedures, around which a lot of rumors are circulating, it is a thread lifting. Doctors of the «Plastic and Cosmetic Surgery Center» in Poltava are ready to tell you why you should not be afraid and how effective the thread lift is.
Scars and seals after blepharoplasty
Blepharoplasty is one of the safest and least traumatic operations in plastic surgery, arousing undiminished interest. But, like any other plastic reconstruction, eye lift is associated with the risk of complications. Patients are especially frightened by the likelihood of skin scars. Doctors of the Clinic of Plastic Cosmetic Surgery in Poltava know how to prevent the occurrence of undesirable effects after blepharoplasty and how to deal with them if any.
x
Make an appointment
You can fill in an advanced form