Testicular prosthetics: at what age can the operation be performed and whether it is needed 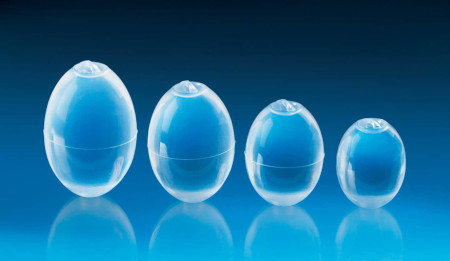 The absence of a testicle after surgery, or its congenital developmental defects is a common cause of not only physical discomfort in men, but also many complexes and psychological problems, including those affecting sexual and social health.

Surgery to place an implant is called a testicular prosthesis. This is a fairly simple and quick operation that does not require a long recovery period and has a pronounced cosmetic effect. While the insertion of a prosthesis into the scrotum restores the aesthetic appearance of the genitals, this intervention does not in any way affect the functioning of the male reproductive system.

Nevertheless, both parents of boys and adolescents with congenital disorders of the development of this organ and adult patients often apply for testicular prosthetics. The placement of the implant allows you to correct the asymmetry that has arisen as a result of both congenital conditions and after operations such as orchiectomy.

When is surgery necessary?

The implantation of a prosthesis into the scrotum is indicated for conditions characterized by the absence of one or two testicles. Among them are congenital developmental pathologies, removal of the testicles after operations, trauma or severe inflammation, which led to deformation of the organ.

Since such conditions are characterized by a violation of the psychological state of a man and are often accompanied by uncertainty and problems in the sexual sphere, the cosmetic effect of such an intervention has a positive effect on the quality of life of these patients.

What are the indications and contraindications for testicular prosthetics?

As already mentioned, this operation does not affect reproductive function and has a purely cosmetic effect. Among the conditions in which prosthetics may be needed, there are congenital:

In addition, some diseases and injuries also lead to the absence of one or two testicles and are an indication for implantation of a prosthesis: 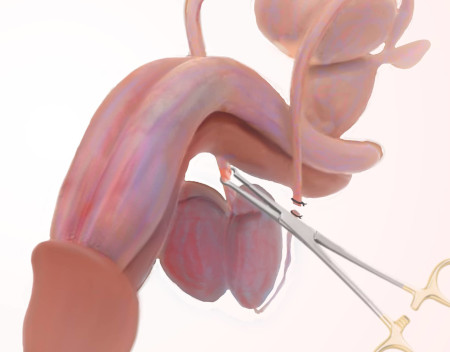 Since this operation is intended solely for the correction of a morphological defect, there are no absolute contraindications to it. However, the intervention is prohibited for a number of conditions:

The operation itself has a short duration - up to 50 minutes - and takes place under local anesthesia using a strong anesthetic. At the consultation of the surgeon, it is necessary to find out the presence of an allergic reaction to novocaine, so that it is possible to choose a safe and effective pain reliever.

Sutures after prosthetics often heal in a couple of days, and after a few weeks they cease to be noticeable, leaving not a single unpleasant reminder of the previous operation.

What is the best age for this operation?

The question often arises whether it is worth doing testicular prosthetics for a child, or is it better to wait until the boy grows up and can make a decision on his own.

In some cases - for example, with cryptorchidism - early treatment reduces the risk of more formidable complications: cancer and infertility. For this reason, such an operation is allowed, including for children.

In addition, many urologists believe that implantation of a prosthesis in boys with indications for it should take place at the age of about five years or before the onset of puberty. Thus, it is possible to prevent underdevelopment of the scrotum and avoid psychological problems during and after the first sexual intercourse.

Another issue that worries parents is the size of the implant, because the size of the testicle also changes with age. If a prosthesis is implanted in childhood, it may be necessary to replace it with an implant of a different size in adolescence. Scrotal plastic is not required in this case - the prosthesis at the time of replacement has already taken root enough and is easily replaced with another.

Types of implants and features of testicular prosthetics
The main goal of prosthetics of one or both testicles is to achieve a satisfactory cosmetic effect against the background of orchiectomy, volvulus or congenital abnormalities of this organ. After surgical removal of the testicle, as in congenital conditions such as mono-, anorchia and cryptorchidism, asymmetry occurs, which can negatively affect the physical comfort and psychological health of a man.
Recovery after frenulotomy
Surgical plastic surgery of the frenulum of the penis is called frenulotomy. This is a quick, minimally invasive surgery that lengthens the frenum. Men with a short frenum often experience discomfort during erection, and this condition in many cases can lead to deformity of the penis. This intervention is performed under local anesthesia and takes no more than 15 minutes. With frenulotomy, an incision of the frenum is performed with further longitudinal stitching of the edges.
Phimosis or short frenulum
Phimosis and a shortened frenulum of the penis are two unpleasant and even dangerous conditions that many men can face. Despite the fact that both conditions are quite simple to diagnose, patients usually come to the urologist either in severe stages of the course of the disease, or with extremely severe pain. Meanwhile, surgical treatment of both phimosis and short frenum of the penis is a rather long and safe procedure, after which the quality of life of patients is significantly improved.
Myths and truths about SMAS lifting
Modern hardware cosmetology in terms of its effectiveness is on a par with surgical methods of face lifting. SMAS lifting is considered the most advanced non-invasive procedure, which shows results typical of surgical methods of lifting. The essence of this procedure is to stimulate the production of collagen and elastin in the SMAS layer of the skin. The SMAS layer can be thought of as the connective tissue framework of the skin, consisting of intertwining collagen and elastin fibers.
Common myths about "beauty injections" in the forehead
A woman is made for beauty. And innovations in aesthetic cosmetology and medicine make it possible for the fair sex to preserve youth and charm for as long as possible. One of the most popular and effective methods is “beauty injections”. It is a general term for injection techniques that are targeted at rejuvenating the skin. However, the more these miraculous procedures become popular, the more speculation and myths are overgrown.
x
Make an appointment
You can fill in an advanced form