Myths about rehabilitation after rhinoplasty - what is worth and what is not worth to be afraid of? 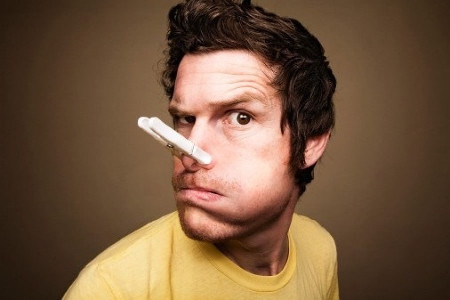 Rhinoplasty is one of the most popular plastic surgeries. Both women and men equally apply for surgical changes in the shape of the nose. With the help of an experienced surgeon you can remove the hated crook in the nose, thus giving the nose a noble straightness, change the shape of its tip and straighten the nasal septum without disturbing or even with improving of the respiratory function.

Rhinoplasty is recommended in the following cases:

The delicate work of the surgeon allows the patient to make the facial features more harmonious, but many people are afraid of the operation due to complications arising in the postoperative period despite the seeming simplicity of the operation. The surgeons of the Poltava Clinic of Plastic and Cosmetic Surgery will help you to find out what really is worth fearing, and what is just a phantom of the imagination of suspicious patients. 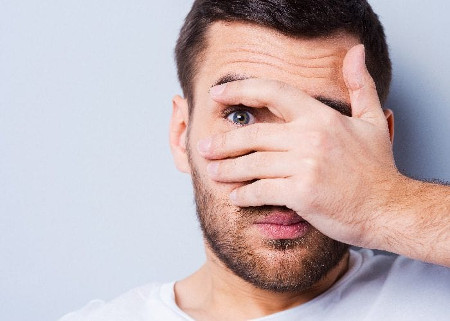 The overwhelming majority of people fears that after the plastic surgery the nose will become more fragile and even a gentle blow will lead to its fracture. In fact this is not quite true.

It is necessary to be afraid of blows directly in the postoperative period. Like any other operated area, the nose should be protected from injury. After its healing, the normal strength of the bone structures returns. A number of experts believe that because of the formation of provisional calluses after rhinoplasty, the nasal bones become even stronger.

Myth 2 - Bruises under the eyes

Hematomas, edema, and moderate pain after rhinoplasty are normal, this is not pathology. Such phenomena accompany any plastic surgery; therefore it should not cause concern.

Sensitive pain is observed in the first few days after the plastic surgery. Little by little, the painful sensations decrease and disappear completely in 2-3 weeks after the operation. In order to eliminate the pain in the rehabilitation period, the doctors prescribe painkillers.

Puffiness occurs due to fluid accumulation caused by injury to the vessels. Edema can last from 7 to 20 days extending from the area of intervention to the neighboring areas.

The presence of bruises under the eyes in the first weeks after plastics neither should scare the patient. Hematomas are a natural consequence of injury to the vessels after rhinoplasty and disappear in a couple of weeks. The doctors prescribe special gels and ointments for their speedy resorption.

Myth 3 - The nose will fall off 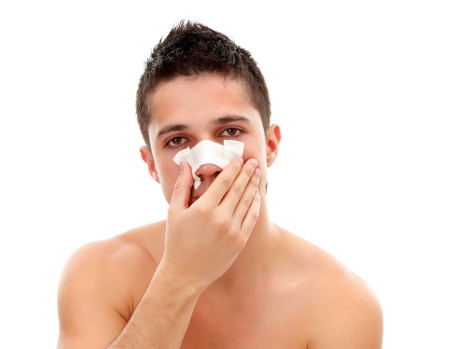 A thorough examination before rhinoplasty, the elimination of contraindications, and the absence of systemic pathologies make such an unpleasant outcome of the operation to be impossible. The nasal structures keep firmly together, not only due to their own tissues, but also with the help of an extensive network of blood vessels. In the hands of an inexperienced surgeon, the nose may turn out to be crooked, asymmetrical, it may have an inappropriate shape, but there is no chance of falling off.

The pregnancy period is a contraindication for surgical interventions, if there is no threat to the life of the woman. Rhinoplasty is no exception. Doctors recommend abandoning pregnancy planning during the recovery period after the plastics and after giving birth - it is necessary to wait until the end of lactation before performing the operation.

The fact is that the regeneration abilities of the mother's body are reduced during this period, and all resources are spent on providing the fetus or child with substances necessary for normal development. But still, if you became pregnant immediately after rhinoplasty, you should not fear for the result of the intervention or the safety of the fetus. The only thing that will change is the time required for full recovery from plasty.

Tags: Plastic nose, Rehabilitation after plastic surgery
Sign up for a consultation
Get personalized doctor recommendations!

Beautiful breasts after 40 years of age: surgical and conservative methods
Luxurious decollete has always been the pride of women. But shape and size play no decisive role in the beauty of the delicate zone. The main guarantee of the beauty of the bust is its health. The state of the breast is strongly affected by hormone production. Changes in hormonal levels that occur in women after 40 years of age strongly affect the health of the mammary glands. It is possible to avoid typical problems and preserve the beauty of the decollete by taking preventive measures.
Lipofilling of the lower legs or cruroplasty?
Beautiful legs are the dream of any girl. You may add harmonics to the silhouette of the lower legs with the help of modern techniques - lipofilling or cruroplasty. With the help of simple plastic surgery, you can eliminate such defects as X-shaped legs and O-shaped legs. You can achieve classical symmetry by correcting the shape and volume of the legs. Each of the methods is known for its effectiveness.
Aspects of rehabilitation after otoplasty
The lack of self-trust and complexes often begin with an unattractive appearance. Modern plasty allows you to change the natural forms for the better. For example, you can make the contour of the face clearer with the help of the suture lifting or you can remove the everted ears with the help of otoplasty as well as you can add harmony to the face by changing the shape of the ear lobe. Advantages of plastic surgery: It is quick.
Otoplasty: which person of the top-liners did the plasty of the ears?
Glossy magazines, movies and video broadcasts demonstrate the most beautiful persons of this world every day. A lot of top-liners of show business, actors, actresses and other artists become icons for imitation. And all of this is because their appearance includes proportional features and symmetry. But not all celebrities have an ideal outlook since birth.
Ear surgery: 5 issues of concern that are actual before the operation
Otoplasty is one of the simplest and most common types of plastic surgery. The result of this operation is the correction of the auricle that is performed in order to correct the anatomical shape of the ear or to eliminate the consequences of trauma.
x
Make an appointment
You can fill in an advanced form