How is it possible to remove the hump on the neck? 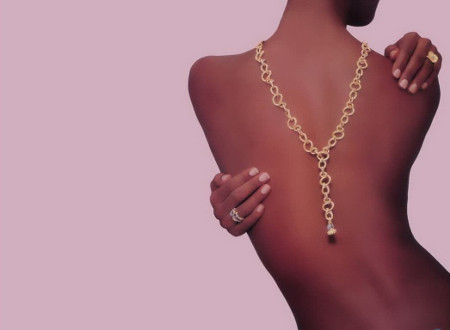 Thin and elegant neck, as well as proudly straightened shoulders, force to pay attention to the person, thus emphasizing confidence and attractiveness. But correct posture is not only one of the criteria of beauty, but also a guarantee of good health. Maintaining the physiological position of the ridge, maintaining of the normal muscle tone and an adequate load on the shoulders is a natural prevention of atherosclerosis, which is contributing to the preservation of normal blood supply to the neck and head.

But sometimes fatty tissue begins to accumulate around the vertebrae of the cervical spine- it is known as the widow's hump. The formation, which arose against the background of physical inactivity, improper diet or hormonal disorders, not only looks unattractive, but is accompanied by health problems.

What is the widow's hump?

The widow's hump, "withers" or "woman's nape" is a disease that manifests itself in hypertrophy of adipose tissue in the junction of the cervical and thoracic spine. The cushion of fat around the 7th vertebra of the cervical spine initially seems almost imperceptible. But if action is not taken in time, it continues to grow and thicken, thus bringing more and more discomfort. The following may occur with the growth of "withers": 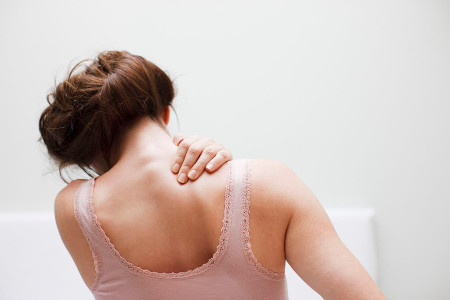 Due to the increase in fat deposits, the head is shifting from its natural position, taking a forced position.

The reasons for the appearance of "withers"

The accumulation of fat on the back of the neck often appears after 35-40 years. But the factors leading to the appearance of a widow's hump often arise much earlier.

The main cause of "withers" is the metabolic disorders in the background of hormonal imbalance that occur due to:

The appearance of a widow's hump in the neck is also provoked by the following:

Similar problems may arise from salt deposits in the cervical region or curvature of the spine. Only a doctor can determine the cause of an ugly hump in a patient and prescribe the correct treatment.

How is it possible to get rid of a hump on the neck without surgery?

In order to prevent the appearance of "withers", it is worth remembering about some preventive measures: 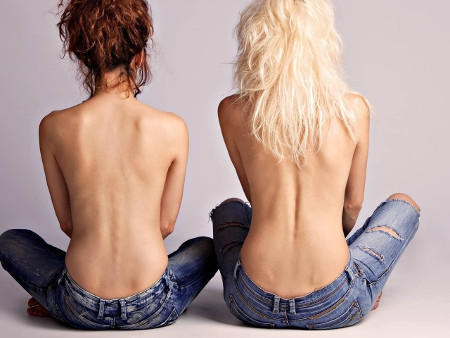 Simple recommendations significantly reduce the risk of a hump, but if it does appear, you can resort to conservative methods of treatment:

Unfortunately, conservative treatment can only help in the early stages of the disease and slow down the "withers" growth a little. It is possible to remove the problem completely only with surgical intervention.

Until recently, in order to remove fat deposits from the neck, the patient had to undergo serious surgery with mechanical excision of tissues. Such an intervention was accompanied by long-term recovery and the formation of ugly scars on the skin.

The alternative is the low-impact liposuction, which allows you to remove excess fat without the use of a scalpel quickly and effectively. Ultrasonic liposuction of the neck is considered to be the most relevant procedure for combating widow's hump. Plastic surgery in this area is more difficult than the one in other areas because of connective tissue formations that divide the fat roller into separate fragments. But ultrasonic liposuction helps to cope with the problem by selective acting onto the tissues.

Ultrasonic radiation destroys the cell wall of adipocytes without affecting the nerves, blood vessels, fascia and ligaments. The impulse penetrates the skin through thin cannulas, which leave almost imperceptible punctures. The softened contents of fat cells are removed from the tissues of the neck with the help of a compressor along with the destroyed components. 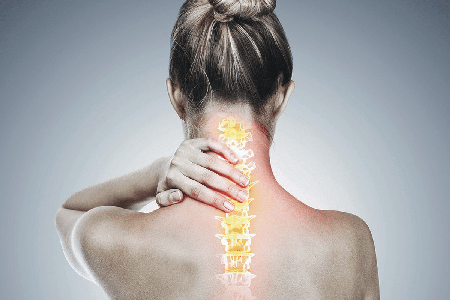 The reason for the superiority of ultrasonic liposuction over other methods is the minimal invasiveness of the procedure and the rapid removal of "withers" with small blood loss. But in rare cases heating of the tissues during surgery can cause scarring of the skin. Before carrying out liposuction, a medical examination and a series of tests are necessary.

plastic surgery, which is carried out under general anesthesia, is being assigned in the absence of contraindications. If you want, you can combine the procedure with lipofilling - rejuvenation with your own fat.

In order to remove the hump from the neck, the surgeon needs about an hour. After liposuction, the patient must spend the day under medical supervision in the hospital. Postoperative recovery can take up to two weeks, during which it is necessary to perform the following:

You may admire the beautiful neck again as soon as edema goes off, but the final results may be evaluated 2 months after the plastic surgery.

It is worth remembering that failure to comply with medical recommendations can lead to the reappearance of the "withers" even after surgery. But if you keep a close eye on your health, balance the diet and love sports, you can forget about the ugly hump and its unpleasant consequences!

Intimate plastic: whim or necessity?
Despite its popularity, intimate plasticity still causes many disputes and gossips around it. Some people are confused by the possibility of surgical reshaping of the genital organs, some people call this procedure "charlatanism" or "pumping out money" with contempt, and someone sees the operation as the only way to improve sexual life and get rid of the complexes about the unattractiveness of the genitals.
Rejuvenation and face lifting without a scalpel
Today, aesthetic plastic surgery is on an unprecedented rise amd is capable of correcting any external flaw. Anti-aging treatments make it easy to lose a couple of decades. Earlier it was necessary to go under the surgeon’s scalpel, but now the desired effect can be achieved in the non-invasive way. Traces of age appear differently on people's faces. Some people grow old slowly and gradually while watching as more and more wrinkles appear.
How to remove the double chin
Today, men and women do not hesitate to use any means to preserve youth and beauty, because an attractive appearance is not only a guarantee of the good will of the others, popularity with the opposite sex, but also one of the foundations of maintaining self-confidence. One of the most common problems that’s essential for many people is the second chin. Small imperfection brings disharmony in the clear lines of the face and neck and it is not easy to remove it by yourself.
Possible complications after facelifting
According to statistics, only in 2-5% of cases the facelifting results in any complications. A qualified plastic surgeon always warns his/her patients about the possibility of adverse effects of any correction, because each body is individual and none of the experts can 100% eliminate the risks. What exactly complications can cause a circular face and neck-lifting or other methods of lifting? 1. Hematomas The diagnosis of hematomas is quite simple.
Rehabilitation after breast surgery: loss of sensitivity
Reduction in sensitivity after mammoplasty is a problem that concerns the majority of patients who have already undergone surgery and those who are just preparing for breast correction. Of course, it is better to ask in advance your plastic surgeon about potential complications. After all, mammoplasty belongs to the category of complex operations. The procedure involves the complete incision of all layers of the mammary glands.
x
Make an appointment
You can fill in an advanced form