Liposuction is an effective way to get rid of subcutaneous fat in the abdomen. As a result of plastic surgery, you can get a clear silhouette, without scars and traces of interference.

Correction can be carried out by two methods: vacuum and tumescent one.

When using the vacuum technique through punctures on the skin with a diameter of 0.3-0.5 cm, the surgeon inserts special cannulas that are connected to the vacuum apparatus. Cannulas move forward, which provides mechanical destruction of fat tissue followed by its parallel draining. With the help of this technique, a surgeon can remove 1-3 L of fat from the abdomen at once.

Tumescent liposuction involves the preliminary administration of the Klein solution into the subcutaneous fat zone. It helps to destroy the cells, as a result of which they dissolve and acquire a liquid consistency. After that, it is much easier to drain them out with a vacuum device. This reduces the traumatic procedure and shortens the rehabilitation period. 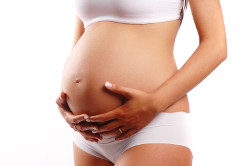 To prevent infection and greater oedema, open drainage is used and the wearing of compression linen is prescribed. This imposes some restrictions on the patient's motion activity.

You can return to work and moderate exercises a week later after liposuction. The first results will be visible in 2-3 weeks. Over time, the scars become lighter and completely reabsorbed. The healing time depends on the individual characteristics of the patient's body and can vary from 6 to 12 months.

Is it possible for a woman to become pregnant and give birth after the procedure?

To avoid complications, liposuction should be performed 2-3 years before pregnancy. This is necessary for complete healing and restoration, normalization of blood supply in the area of draining out unnecessary tissues. Often, in parallel with the liposuction of the abdomen, abdominal plastic is carried out to remove excess skin, having been formed after draining out. Excess tissues are dissected away, and the abdominal muscles will be stitched and cosmetic sutures applied. If the pregnancy has occurred earlier than 2-3 years after the plastic repair, then suture line disruption is possible on the last terms or during delivery, the lack of skin will lead to its strong stretching. It is also worth noting that hormonal changes occur during pregnancy, which affects the body weight of a woman, so such changes can significantly transform the results obtained after plastic surgery. Therefore, it is important either to observe the terms for the complete tissues repair before pregnancy or to refuse operations before delivery.

Tags: Liposuction, Rehabilitation after plastic surgery
Sign up for a consultation
Get personalized doctor recommendations!

Types of gynecomastia and features of their treatment
Gynecomastia is the growth of mammary glands of female type in men. The degree of manifestation of mammary glands may range from 1 cm up to a full sized female breast. Violation does not bring physical discomfort to a man, but introduces an imbalance in the male form and causes psychological discomfort. Anatomical types of gynecomastia: Gynecomastia has three types: True pathology is being formed by the glandular tissue growth.
Burn after chemical peeling - what to do?
Chemical facial peeling is the removal of the upper dead tissue layers using acidic solutions. The procedure itself implies a processing of the skin upper layer with acidic substances, but excssive corrosive effects, burns and puffiness may be caused due to wrong performing of the procedure.
Seals after an injectable increase in the lips - what is the danger and how to get rid of them
One side effect of the injection lip augmentation is the formation of seals. These can be formed as a result of improper compliance with the increasing procedure or due to characteristics of the organism. Causes of seals Seals come in several forms. They can take the form of hyaluronic acid concentrations under the skin of the lips. Granuloma may be a consequence as well, which manifests itself in the form of nodules on the surface of the skin.
Face care after contour plastics
One of the sparing and effective ways to treat age-related changes is a contour plastic surgery using hyaluronic acid. If you entrust execution of the procedure to the experienced doctors and comply with all the rules of care, you can get rid of deep wrinkles and make lips or cheekbones more pronounced. Procedure of contour plastic surgery The essence of the procedure is the administration of special filler into the area under the wrinkle.
The rules of breast care after plastic surgery
The success of the breast surgery and appearance of the result largely depends on the post-operative care. If you follow all the doctor's recommendations, you will get the result that you wanted and you will not encounter any complications. Rehabilitation period The average period of rehabilitation after mammoplasty takes about 6 weeks. This time may vary depending on the complexity of the operation. Expressed pain may be present only during the first week after surgery.
x
Make an appointment
You can fill in an advanced form