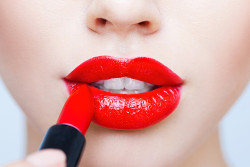 One side effect of the injection lip augmentation is the formation of seals. These can be formed as a result of improper compliance with the increasing procedure or due to characteristics of the organism.

Seals come in several forms. They can take the form of hyaluronic acid concentrations under the skin of the lips. Granuloma may be a consequence as well, which manifests itself in the form of nodules on the surface of the skin. Fibroma is easily detectable with hands and forms the lips asymmetry.

Some of the balls, which emerged after the increasing procedure, may disappear on their own. Removal of more complex structures may require neutralization of hyaluronic acid or surgical intervention.

Is there a danger?

In some cases, the bullas in the tissues of the lips may be a natural reaction of the body; in this case, you should not worry. Within a few hours after injection, hyaluronic acid is distributed in the tissues, however some heterogeneity may be observed. Also, you should not worry, if the balls appear only in case of touching and there are no traces visually. This may be a result of the introduction of too dense filler.

But if there are bullas and you feel unwell, injection area is blushed, you have a fever, and the injection site is inflamed, then it is necessary to inform the doctor. Also you should pay attention to the bullas, which are visible on the surface of the lips. This may indicate the formation of fibroids, which may cause danger of extensive tissue inflammation.

How to get rid of the seals on the lips

If the neoplasms are the result of incorrect augmentation procedures, then it is worth to see a specialist, which will eliminate the defects.

Methods for eliminating of the defects:

In order to avoid such complications, you should carefully choose the specialist, and comply with all recommendations related to care.

Face care after contour plastics
One of the sparing and effective ways to treat age-related changes is a contour plastic surgery using hyaluronic acid. If you entrust execution of the procedure to the experienced doctors and comply with all the rules of care, you can get rid of deep wrinkles and make lips or cheekbones more pronounced. Procedure of contour plastic surgery The essence of the procedure is the administration of special filler into the area under the wrinkle.
The rules of breast care after plastic surgery
The success of the breast surgery and appearance of the result largely depends on the post-operative care. If you follow all the doctor's recommendations, you will get the result that you wanted and you will not encounter any complications. Rehabilitation period The average period of rehabilitation after mammoplasty takes about 6 weeks. This time may vary depending on the complexity of the operation. Expressed pain may be present only during the first week after surgery.
Implants and Breastfeeding
Many women that are seeking breast surgery are stopped by the fear of possible lactation violations after the surgery. Breast reconstruction is a complex operation, but if the operation is performed properly it does not affect the ability of women to perform breastfeeding. Safety of breastfeeding with implants When inserting the implant, the glands responsible for the production of milk are not involved in any way.
Aesthetic surgery of the chest and face - the secrets of perfection
On September 23, 2017 in Kyiv, the company "POLITEHHEL HELS Ukraine" with the support of the All-Ukrainian Association of Plastic Reconstructive and Aesthetic Surgeons conducted a truly graceful event - the international master class: "Aesthetic Surgery of the Breast and Face - Secrets of Perfection", which was invited by the world-renowned plastic surgeon , talented lecturer, Professor of Plastic Surgery at the University of Padua (Italy) Mario Pele Cheravolo.
Rehabilitation after rhinoplasty
Rhinoplasty is a major surgery which involves cutting of large sections of skin, cartilage and bone tissues. It helps to perform the removal of crook in the nose, make nose tip reconstruction, change the nose size and correct its asymmetry. After rhinoplasty the patient should pass the rehabilitation period. Let's consider what the consequences might be after rhinoplasty and how the recovery goes.
x
Make an appointment
You can fill in an advanced form