Beauty injections during menstruation: do or postpone the injection? 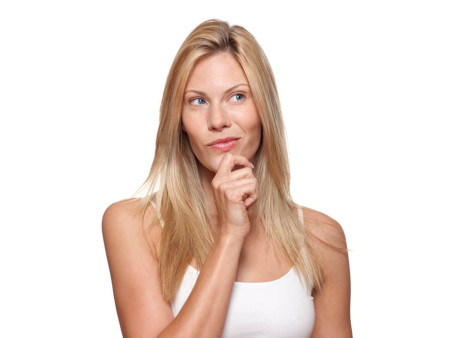 The modern woman is torn between the cares of the family, career building and household chores. Strong workload causes premature aging, so taking time off for self-care is not a whim, but a necessity. But it happens that the only chance to go to a beautician coincides with menstruation. Should I deny myself long-awaited procedures or you can fearlessly use beauty shots told by the doctors of the Clinic of Plastic and Cosmetic Surgery in Poltava.

Is it possible to give beauty injections during menstruation?

Cosmetologists are still arguing about the acceptability of the use of injection rejuvenation techniques during critical patient days. Some believe that the sensitive time of the month negatively affects the result of the procedure, others worry about hypersensitivity and long-term recovery, still others are sure that hyaluron injections are safe during menstruation. The truth is somewhere in the middle, as the body's response to stress during this period is very individual.

How do delicate days affect the outcome?

At regular times, beauty shots are a fairly simple procedure, which gives a long-term result, noticeable immediately after the introduction of fillers, mezokokteyl or biorevitalizator. During menstruation, the hormonal background of a woman is very different from normal, which leads to:

The rate of metabolic reactions and the course of other processes in the patient's body during menstruation remains almost unchanged, so the main effect of the introduction of hyaluron, a mesotherapeutic cocktail, Botox or fillers also remains.

But a number of specific features for the female body imposes restrictions on the possibility of carrying out cosmetic procedures: 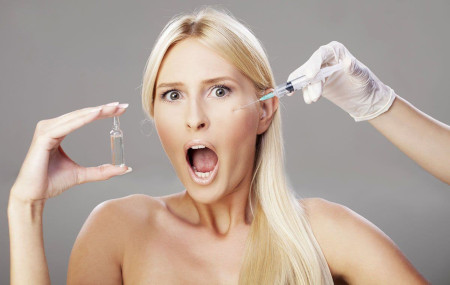 Taking analgesics during menstruation will help withstand the increasing pain during injection rejuvenation, and the negative effects in the form of bruises and edema will disappear in a few days, without affecting the result of the procedure. But the decision on the possibility of its implementation, despite the insignificance of changes, is not taken by the patient, but by a cosmetologist on the basis of indications and contraindications.

So you can or can not make beauty shots during menstruation?

Months themselves are not a direct ban for the introduction of hyaluron or plasma-lifting, but most cosmetologists recommend that patients abandon the procedures for the period of menstruation due to:

It is safer for both the doctor and the woman herself to inject after menstruation or in the middle of the cycle. But if this option is not possible, the woman can insist on the decision to carry out the procedure at a convenient time for her.

In this case, the patient is:

Despite the presence of several negative effects, menstruation does not have a significant impact on the result of rejuvenating injections, therefore, at the request of the woman and in the absence of contraindications, the procedure can be carried out during this period.

Doctors of the Clinic of Plastic and Cosmetic Surgery in Poltava help their patients with the greatest comfort in injecting anti-aging injection procedures during menstruation in order to enjoy the result as soon as possible!

How to get rid of wrinkles on the forehead?
With age, the smooth and elastic skin of the face gradually undergoes wilting processes and the first wrinkles inevitably appear on the smooth forehead. Ugly grooves not only spoil the appearance, but also worsen the emotional state of the woman, oppressing the sense of approaching old age. But the presence of wrinkles on the forehead is not a sentence. Modern aesthetic medicine allows you to deal with the unpleasant phenomenon of both surgical and non-invasive techniques.
Removal of papillomas at home is the danger
Smooth skin is one of the main signs of beauty and health. But sometimes her perfect appearance can spoil the papillomas, also known as warts. Benign neoplasms do not cause significant harm to the body, but can cause dissatisfaction with their appearance, the appearance of complexes, a drop in self-esteem. In addition, in some cases, a small tumor on the skin can degenerate into a malignant one and pose a threat to human life.
Wen: truth, myths and where it comes from
A small mobile education under the skin rarely causes serious health concerns, but delivers tangible emotional discomfort. Despite seeming harmlessness, in some cases, a small wen can be a real problem. Whether it is necessary to let everything take its course or immediately get rid of the hated lipoma, the specialists of the Plastic and Cosmetic Surgery center in Poltava know. What is a wen? Lipoma is a benign neoplasm growing from adipose tissue, for which it received the name "wen.
5 myths about removing lumps of Bish
The pronounced cheekbones and sunken cheeks are the dream of many women. But often girls can not get rid of unpleasant roundness in the middle of the face, no matter how hard they try. Even painting a facelift will not give the desired effect if you don’t get rid of voluminous accumulations of fat in the buccal area — Bisha’s lumps. Many celebrities went through an operation to get rid of fat bodies in the cheeks.
How to grow holes in your ears?
Wearing earrings is quite usual for most girls. Many girls have ears pierced in early childhood, and since then they have not parted with fashion accessories. But heavy earrings can lead to a stretching of the earlobe and an increase in the hole in it, which can no longer grow independently. What to do to overgrow holes in the ears? If you prefer ordinary earrings, then the hole from them will be tightened when you stop wearing the accessory.
x
Make an appointment
You can fill in an advanced form