Liposuction for men: What are its aspects? 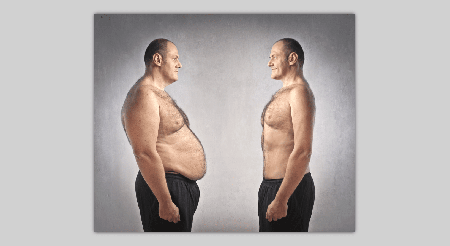 Until recently, cosmetic surgery was considered to be a prerogative of women. But now more and more men are turning to the help of plastic surgeons to correct facial aspects and outlines of the body. The greatest numbers of calls from the representatives of the stronger sex are fixed about rhinoplasty or improvement of muscular relief. But in recent years male interest in liposuction has increased markedly.

Why would a man need liposuction?

Improper nutrition, sedentary lifestyle, lack of proper rest or hormonal changes often lead to the disruption of normal metabolism and result in the deposition of excess fat masses. Physiological aspects of the body lead to the fact that the fat on some areas of the body is hard enough to get rid of even with intensive training and dietary nutrition. The only way to quickly get rid of excess weight is surgical intervention.

Cosmetic surgery allows reducing the volume of adipose tissue, defining the muscular relief more clearly, correct the figure and improve the general health condition. Performing the procedure in male representatives requires a more scrupulous work of the surgeon. His tasks include not only the reduction of body volumes, but also the preservation of masculinity of the silhouette.

Liposuction of problem areas in men

The method of intervention is the same for both sexes. The doctor makes the marking of the problem zone and anaesthetizes the selected area. After the anesthesia took effect, punctures are made in the place of the fat accumulation. The fatty tissues are influenced by ultrasonic radiation and the destroyed cells are sucked via vacuum through special cannulas.

The main feature of the operation in men consists in places of sediment that are different from the female ones. Most often the men resort to the following:

Aspects of preparation for operation 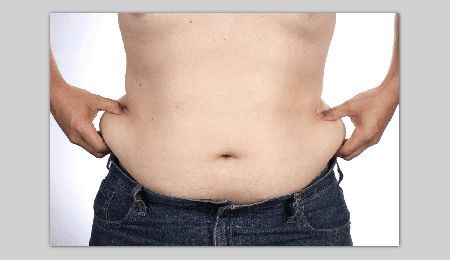 Preparation for surgery starts 1-2 weeks before it. First you should visit a plastic surgeon to discuss the problem, determine the scope of work and avoid contraindications. The laboratory tests, a number of diagnostic procedures (electrocardiogram, ultrasound examination) and examination at the endocrinologist, the therapist, the dentist and the phlebologist are appointed for this purpose.

In case of absence of risk factors the patient is recommended to perform the following:

The doctor can additionally appoint reception of antibacterial means for elimination of inflammatory processes.

Rehabilitation of men after liposuction

The bruises and swelling appear in the field of correction after the surgical procedure. It is necessary to adhere to the recommendations of the doctor clearly in the aftercare period to get rid from them as quickly as possible and enjoy the updated figure. The recommendations are as follows:

Anti-inflammatory, antibacterial and physiotherapy treatments are also prescribed for early elimination of bruises and reduction of swelling.

Getting rid from swelling after lipofilling
Cosmetic surgery has opened up a wide range of opportunities for women regarding the maintenance of youth and beauty of the body. The lipofilling is in great demand among the variety of procedures. Minimally invasive surgery allows one to change the relief of the shin or thighs or restore the youth of the hands, but a special interest is generated regarding the technique of rejuvenation of the skin by introducing the patient's own fat cells.
Plasma-lifting for hair - a safe way to improve hair and scalp
Plasmolifting for hair is a medical cosmetic injection procedure, the purpose of which is to stop hair loss. The session involves introducing the patient's blood plasma into the covering of the hairy part of the head. As a result, the condition of the hair improves, the strands acquire glance and elasticity and the growth of new hair is stimulated. The drug is made from 45-60 ml of venous blood of the client. It is converted into a PRP-gel using centrifugation technology.
How to get rid of traces after acne?
Metabolic disorders, heredity, hormonal bursts during pregnancy and puberty are just some of the causes of acne and acne. In the fight against them one has to face another difficult problem - the scars. Their most common causes are the following: Attempts to get rid of the problem by squeezing out on your own only aggravate the situation by injuring the skin. Wrong treatment of acneiform rash. Do not underestimate this problem.
How to get rid of dilated pores on the face?
Skin pores perform a number of important functions that affect the quality of our skin: they remove the products of metabolism from the body, regulate body temperature and participate in water-salt metabolism. However, the normal course of these processes can be disturbed because of the overabundance of sebum, the layer of which is secreted by the sebaceous glands and clogs the tubule of the pores, whereupon the pores expand.
How does rehabilitation work after a woman's intimate plastics?
The medical practice includes a number of conditions that do not pose a threat to women's health, but literally spoil life. These include aesthetic imperfections of intimate organs. Many women are not satisfied with the condition of the labia. Some women think that they are too big or too small, others feel discomfort due to their deformity or asymmetry after childbirth. Intimate plasty (labioplasty) allows you to solve these problems, get rid of complexes and insecurities.
x
Make an appointment
You can fill in an advanced form